CRS makes an impact at FrigAir 2015 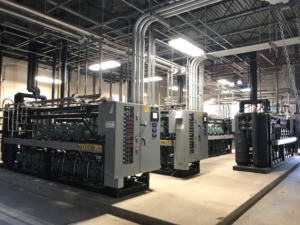 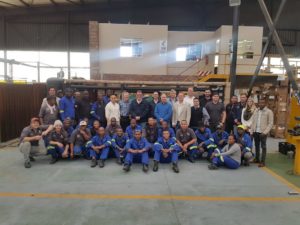 The 4 MW (1,137 TR) system was installed at a meat processing facility earlier this year.

The world’s largest transcritical CO2 refrigeration system has been installed and commissioned at Yosemite Foods, a California-based pork and meat supply company.

With a total cooling capacity of 4 MW (1,137 TR), it is the largest transcritical CO2 refrigeration system installed globally.

Previously, the world’s largest transcritical CO2 system was installed at a food processing plant in 2017 for Staay Food Group, a fruit and vegetables production and supply company based in the Netherlands.

However, Hannaford, a New England food retailer, is opening a distribution center near Albany, N.Y., in July that is expected to have a larger capacity that that used by the Yosemite plant.

To learn more about the project see: http://r744.com/articles/9042/world_s_largest_transcritical_co2_system_commissioned_in_california

An insider’s look at supermarket refrigeration in SA